A born traveller, I like to call myself. Whenever I get the opportunity to travel, I grab it with both hands. I have had the privilege to visit the Czech Republic, and specifically its capital city Prague, on three occasions now. Praha, as the locals call it, is such a wonderful destination, with all the charm of Europe, but a distinct Eastern Europe atmosphere.

What makes Prague the ideal city to visit for a South African, is the fact that it does resort under Euro countries. They still use their own currency, the Czech Koruna, and our South African Rand can still buy quite a lot of Korunas. If you compare prices in Prague to that of South African it is more or less on par, especially if you avoid tourist traps, and are willing to stay on the outskirts of the city. 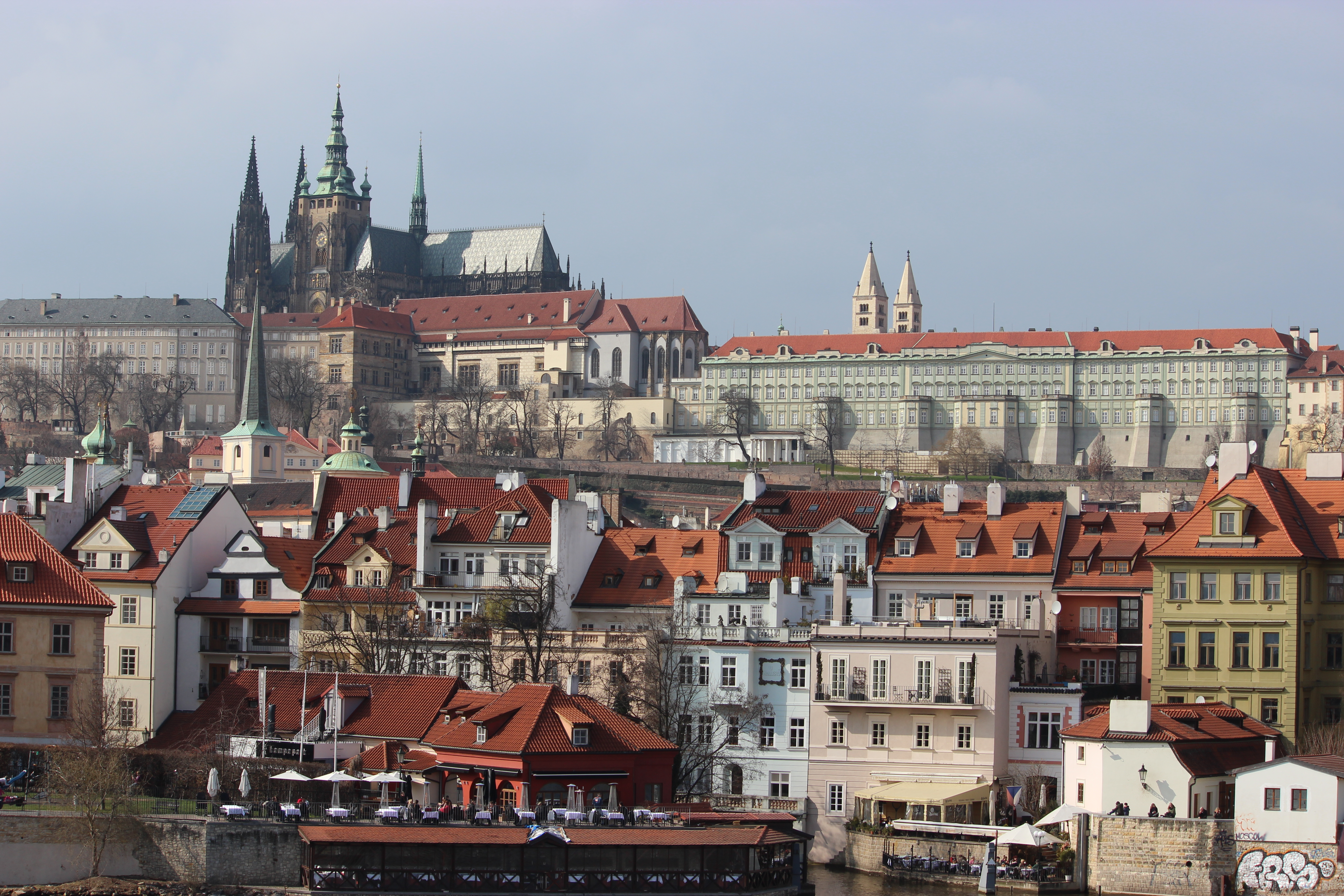 Prague is a city of contrasts. The old town representing medieval times, Staré Město, was laid out in the ninth century already, but more modern buildings such as the Dancing Lady are icons of modern architecture in Prague. 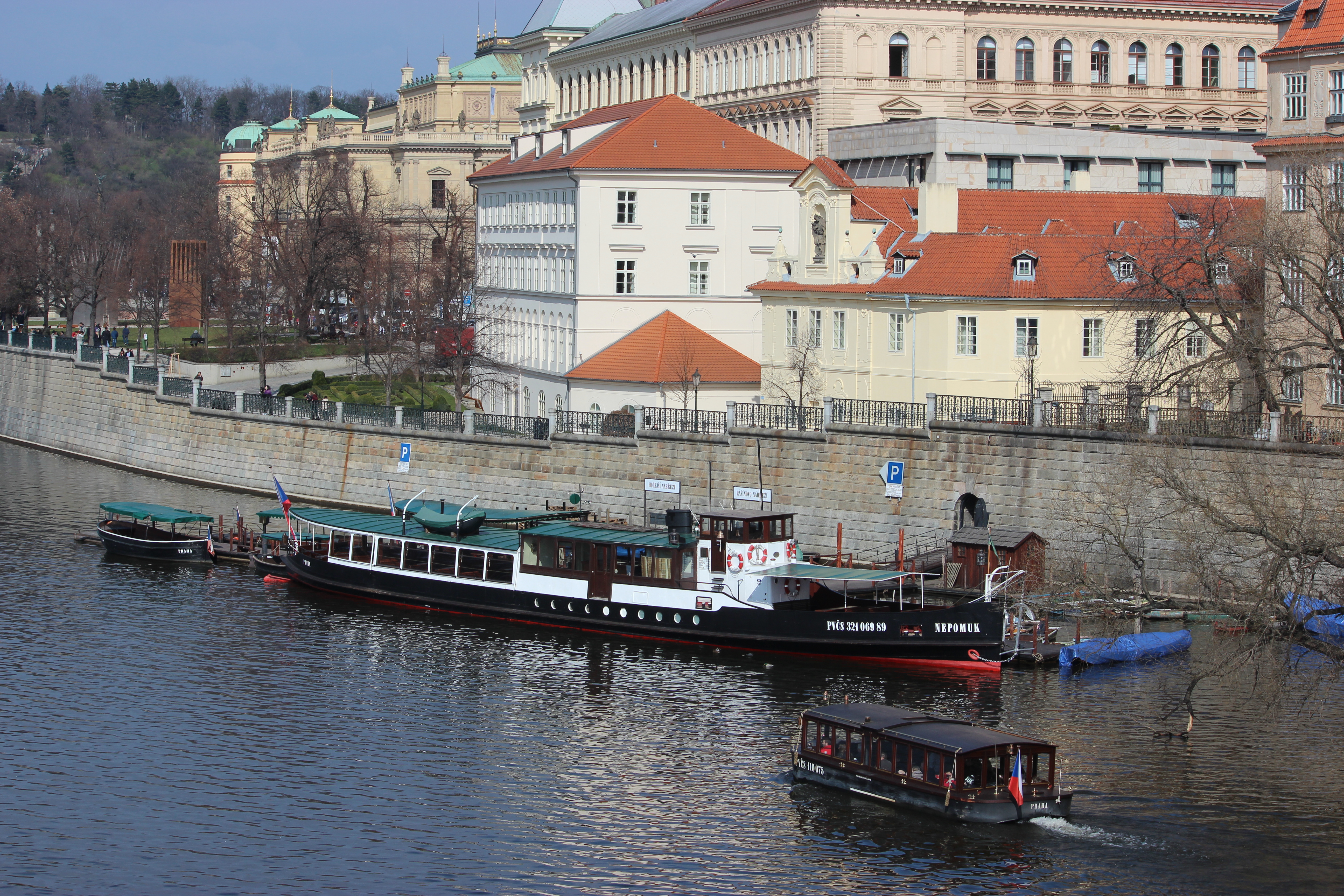 The famous Charles Bridge is a historic stone bridge over the Vltava River. It connects the Old Town and Lesser Town and from there the road leads up to the Prague castle. Its construction was commissioned by Czech King and Holy Roman Emperor Charles IV in 1357. In charge of the construction was architect Petr Parléř whose other works include the St Vitus Cathedral at the Prague Castle. It is said that egg yolks were mixed into the mortar to strengthen the bridge. 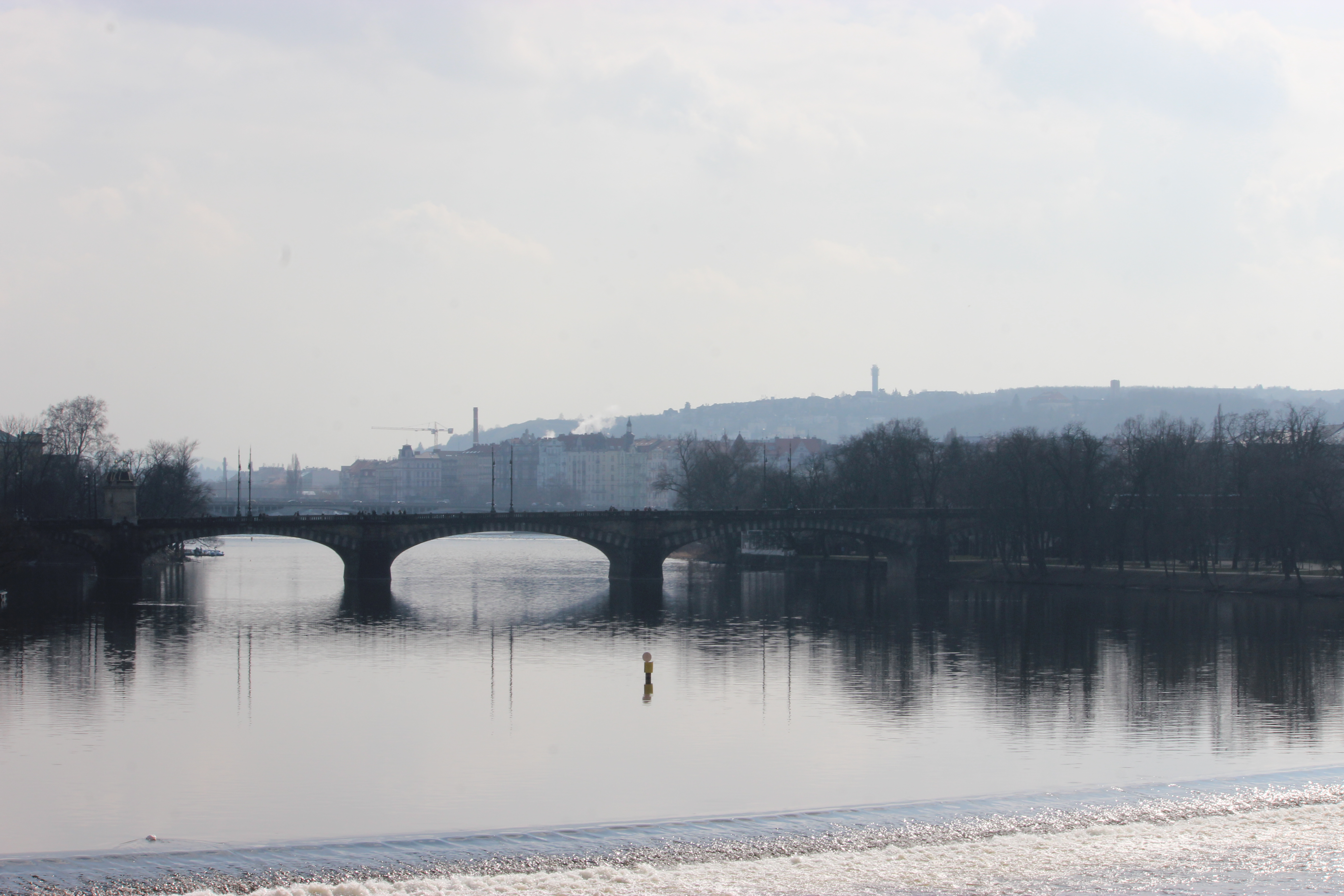 One cannot miss the castle when you visit Prague, some parts are still in use as government buildings, other parts house tourist shops and then there are sections that are open to the public. Inside the castle walls is the St. Vitus Cathedral.  Walking through this cathedral is worth the wait in the queue for a ticket or to enter. 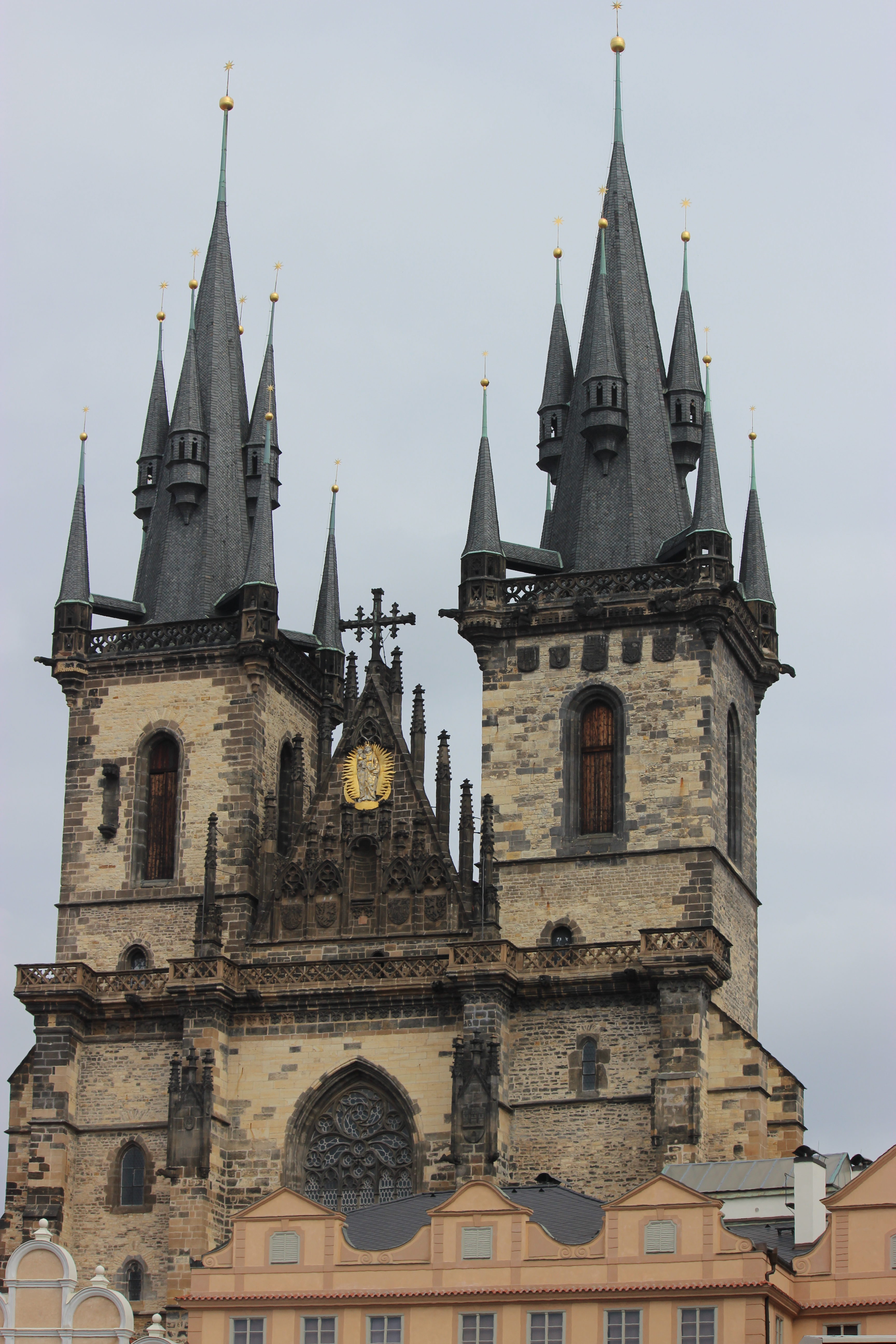 Another very famous part of Prague is the Jewish quarter. One might leave in a morbid state when you visited this part of town, but regardless it is still pleasant visit, regardless. There are also various famous little Jewish shops in the area.

A visit to Prague has to include a music show of some sort. We attended a classical music performance in the Rudolfinum. But it is not only classical music senses that will be touched. Rock-, jazz- and pop shows are staged nightly all over this vibrant city. We’ve also paid a visit to the famous graffiti wall known as the Lennon Wall,  around the corner from the Lennon bar. 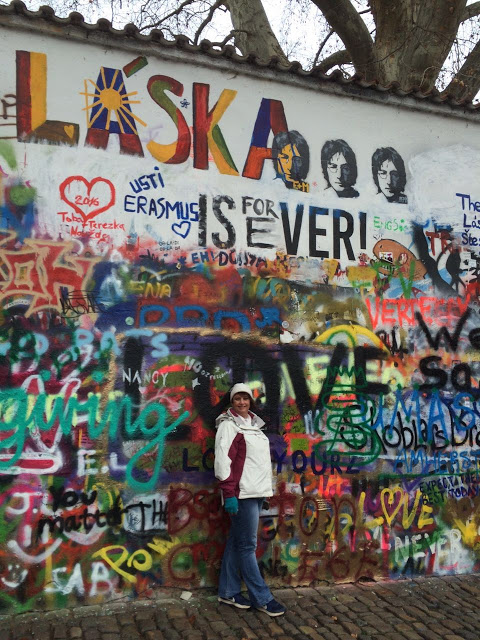 The Czech Republic is also known for its beer as large quantities of this beverage is consumed in this city daily. Pilsner Urquell must be the most famous brand, but I prefer the Kozel beer. Over Easter weekend green beer is served in all the local pubs. Secret ingredients produce a grassy green beer which tastes very good, though it might look a bit weird. It is only available on Easter Saturday. Make sure to visit one of the famous underground pubs for some fine Czech beer and real Czech comfort food such as dumplings and beef stew. 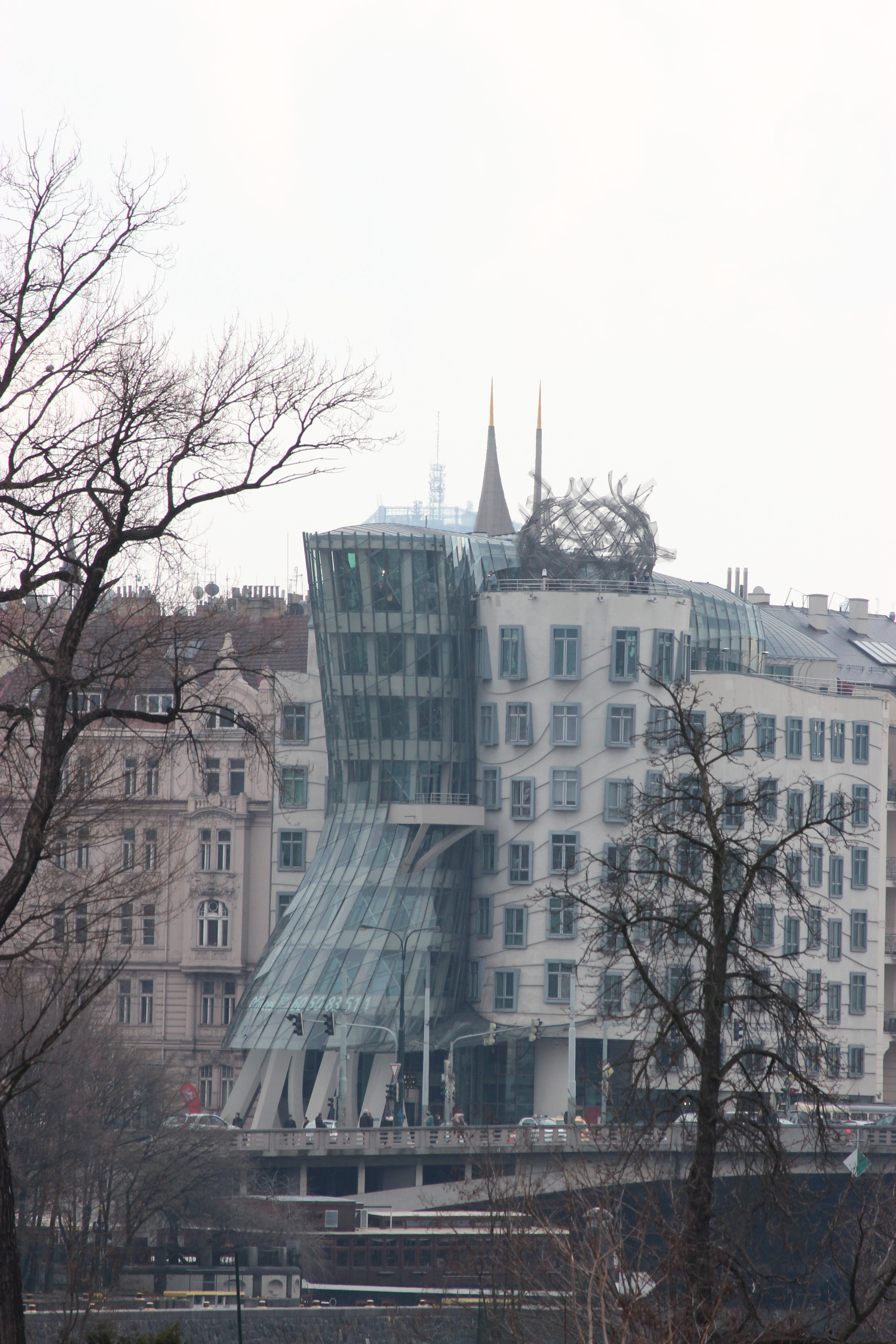 A visit to Prague will never be complete if you did not stand at the famous Astronomical clock at least twice on the hour to watch the Apostles and other moving sculptures – most notably a figure of Death, represented by a skeleton striking the time.

The clock is mounted on the southern wall of Old Town Hall in the Old Town Square. Its mechanism has three main components: the astronomical dial, representing the position of the sun and moon in the sky and displaying various astronomical details; “The Walk of the Apostles”,  an hourly clockwork show of figures; and a calendar dial with medallions representing the months. It is the third oldest astronomy clock in the world and the oldest one that is still working. It is believed that,  when the rooster crows, you have to make a wish to return to Prague one day… It has worked for me twice! 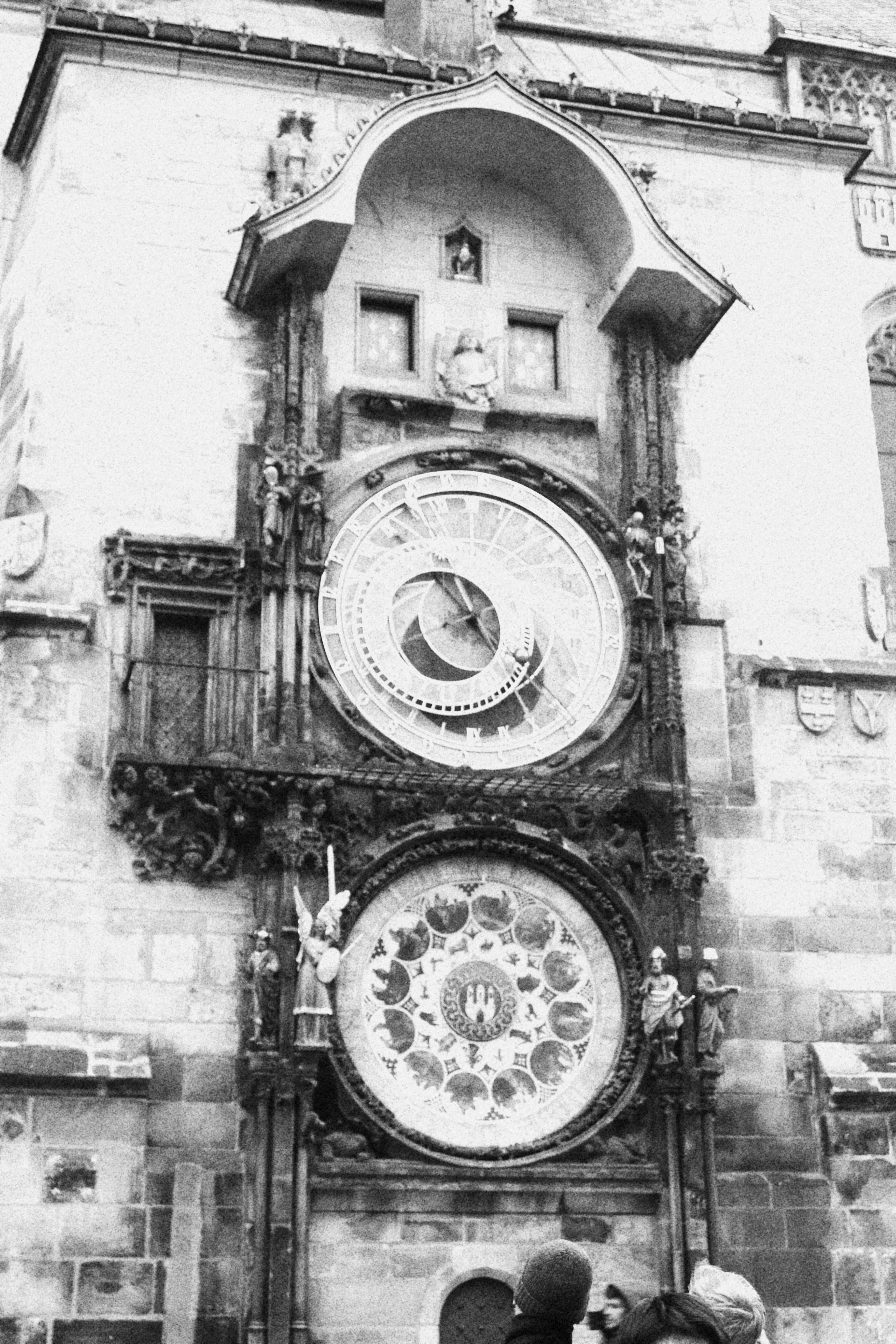 Prague’s views are breathtaking 365 days a year. The Czech capital is nicknamed “the city of a hundred towers” because it is decorated by nearly a thousand towers and pointy roofs. One can enjoy unforgettable views from the Petřín lookout tower, the castle gardens and the modern  Žižkov Television Tower – decorated with sculptures by Czech artist David Černý of babies crawling up and down the tower. 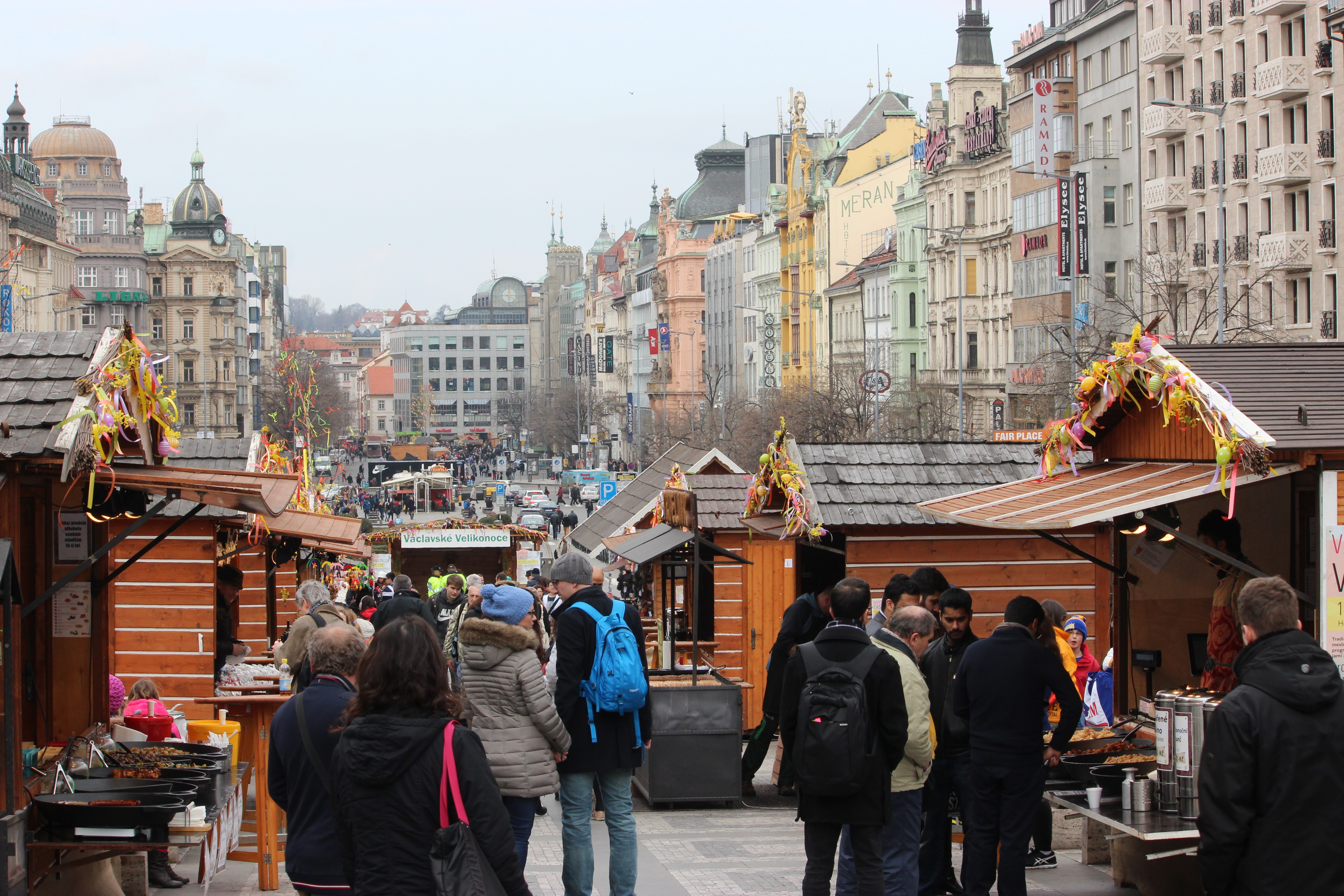 Three days in Prague are enough to see most of the attractions, but it is far better to spend at least a week there. This will give you enough time to enjoy day visits out of the city and to taste all the good food and beer. Public transport is very efficient and affordable but you can walk to most of the locations and, along the way, explore all the little narrow streets and hundreds of tourist shops.